Lauren-Brooke Eisen and Alia Nahra have this review of some of Judge Barrett’s rulings in criminal cases over at the Brennan Center.  The piece’s full title highlights its overall themes: “Amy Coney Barrett’s Judicial Record in Criminal Justice Cases: Although the Supreme Court nominee has often written opinions that don’t advance the claims of some criminal defendants and incarcerated people, she may be more receptive to supporting privacy rights and gun rights.”  And here is how the discussion gets started:

If Amy Coney Barrett joins the Supreme Court, she could tip the balance on a host of major issues. And at a time of renewed reckoning across the nation to address America’s long history of racial injustice, the Court will likely soon consider issues related to criminal justice, such as claims against excessive police force and the ability to sue law enforcement officials.

Although it can be difficult to predict how a nominee may rule on future issues given the individualized nature of each case, Barrett has publicly aligned herself with her mentor, the late Justice Antonin Scalia. Like him, Barrett is an originalist, meaning she seeks to apply the Constitution according to her understanding of what the Framers intended it to mean. When accepting her nomination she said, “His judicial philosophy is mine, too — a judge must apply the law as written.”

Scalia, in his time on the bench, held tightly to his originalist beliefs. He ardently defended the death penalty (even in the cases of juveniles), and he penned the Court’s majority opinion on the Sixth Amendment’s Confrontation Clause in Crawford v. Washington, which provided additional protection to criminal defendants. In that case, the Court ruled that prior statements to law enforcement by witnesses who are not available to testify in court cannot be presented as evidence unless the defendant’s lawyer has an opportunity to cross-examine that person.

In Barrett’s short time on the bench, she has written several opinions that shed light on where she may fall on criminal justice issues if elevated to the high court. As a recent addition to the Seventh Circuit Court of Appeals, confirmed in October 2017, some of her views become clear through her dissents, and less so in cases where she joined her colleagues in three-judge opinions.

And over at Empirical SCOTUS, Adam Feldman has this empirical look at Judge Barrett’s judicial record under the title “A Comprehensive Look at Judge Amy Coney Barrett.”  Here is an excerpt:

Like all court of appeals judge, the majority of panels Barrett participated in while on the circuit that lead to written opinions ended up in orders.  Most of the orders judges release are in criminal cases and as tends to be par for the course, Barrett ended up deciding more criminal sentencing cases than any other case type.  Civil rights cases were the second most common and many of these had to do with prisoners’ treatment while in jails.  Interestingly though, when summed up, civil liberties decisions were as common as criminal decisions at 141 apiece. 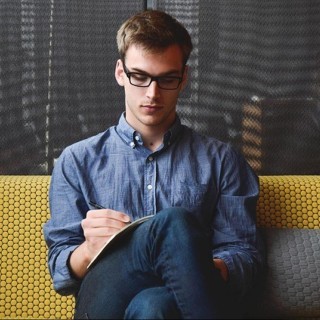